The project studies the coexistence of two distinctive architectural stlyes in Gothenbrug Law Courts by Eric Gunnar Asplund.
The study of the building was done through the drawing of plans, sections, and axonometric. Not only the general parts of the building were discussed, but also the structures and detailed characteristics were analyzed.

Plan
Characteristics of  the buildng could be known through drawing of the plan of the building. This building has two different types of structure within itself. The classical style and the modern style coexists . This difference in style is best shown through their columns.

X-Ray Axonometric
With the plan drawings, the building up process began. The columns were extruded up to their heights and walls were created. When the axonometric drawing was complete, it was able to see not only the difference but also the similatrity of using space of the two parts in the building.

Explosion
Concentrating on the architecture from a particular perspective, the building was un-assembled for reinterpretation that led to the explosion of thoughts. ​​​​​​​Focusing on the columns to read the building, it was figured that the columns form grids through out the structure. Each grid was exploded to be seen separately and examined.

Splitting Structure
Looking in to the grids more carefully, they could be separated into three groups. One group was formed in the classical structured style of the builing, another in the modern structered side of the building, and the other in the connection part of the two. The grids were exploded again but following their groups. According to the three groups the grids were separated in the previous step, three independent buildings were created by only using the structural characteristic that they carried with themselves. The set could be mainly viewed as the version of the building in all classical style or vice versa.

Anaglyph
The two buildings were created with each characteristics depicted distinctly. In order to see them separately as they are but also be able to see what they would look like once mashed up, a study of anaglyph technique was done.

Coexistence
By layering a sheet of colored acetate on top of the mash up drawing of the two buildings revealed only one of the building at a time by cancelling out the other. Patterns of the acetate was experimented to reveal circulation or space use of the combined building. 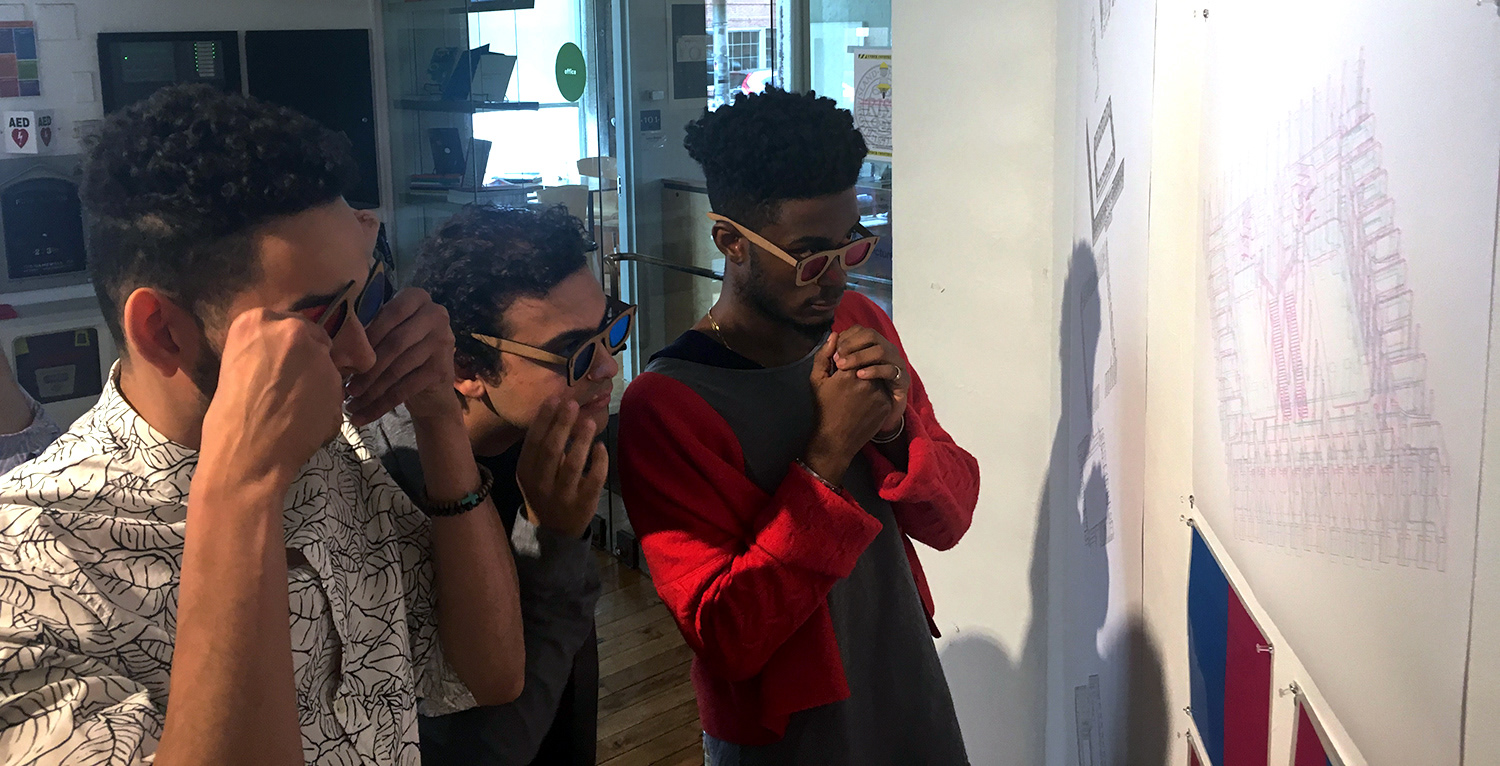 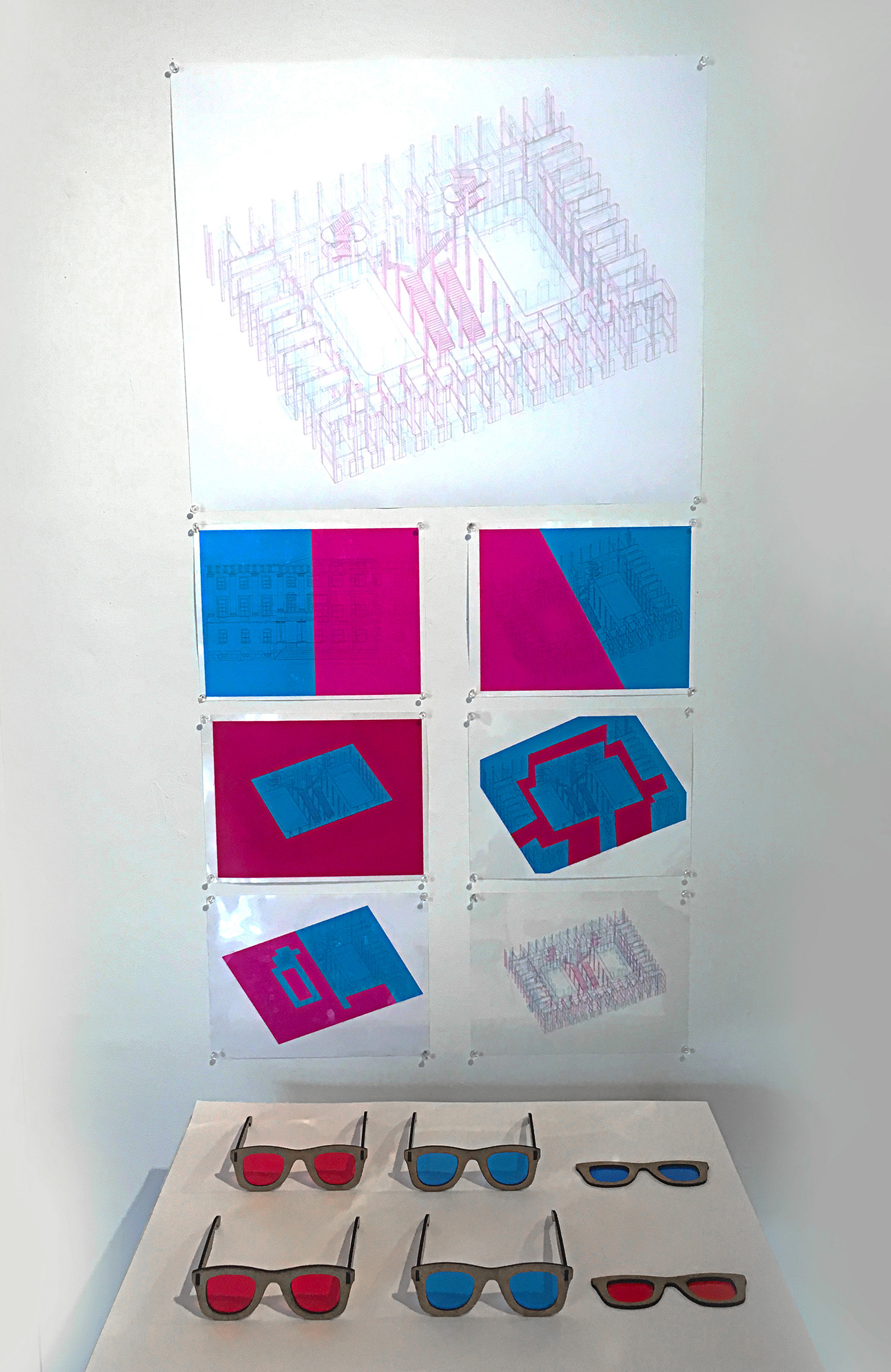 For the final presentation, a drawing of the mashed up building was displayed and glasses with tinted lens was made. Once people put on the glasses and view the drawing they would be presented with an independent building, but without it they would be viewing the building coexisting with two styles.

Secret Commons
↑Back to Top

Insert copy here, which should vary depending on your region. Accept